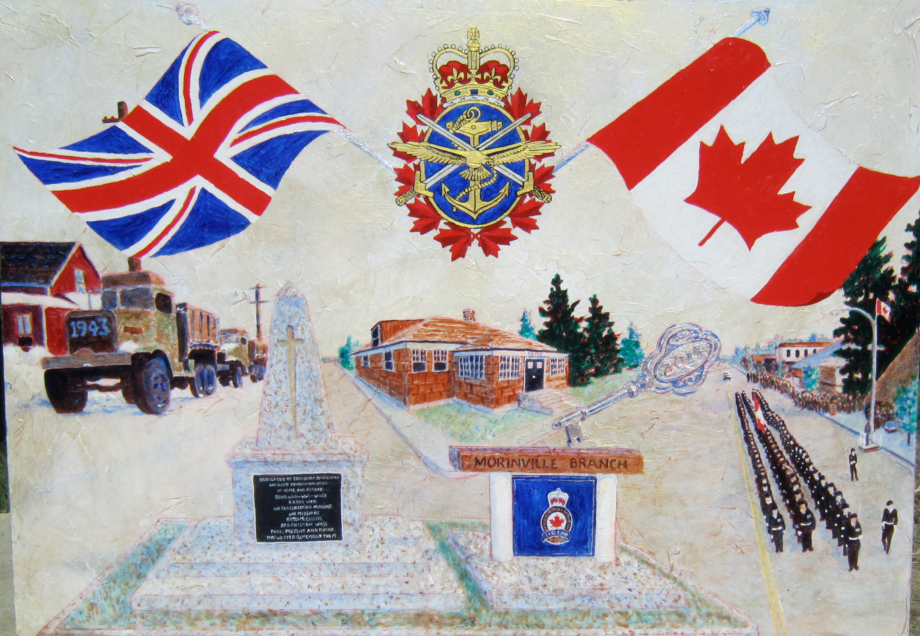 In 1909, Morinville was chosen as a base for the Morinville Militia D Squadron armory. The building was demolished in 1982. During the First World War, over 23 men from Morinville enlisted as well as 23 from Cardiff. There were even more volunteers in the Second World War. The town also served as a major depot for the material used in the construction of the Alaska Highway. Also depicted is the Freedom of the City event held to honor a Service Battalion stationed out of CFB Edmonton.