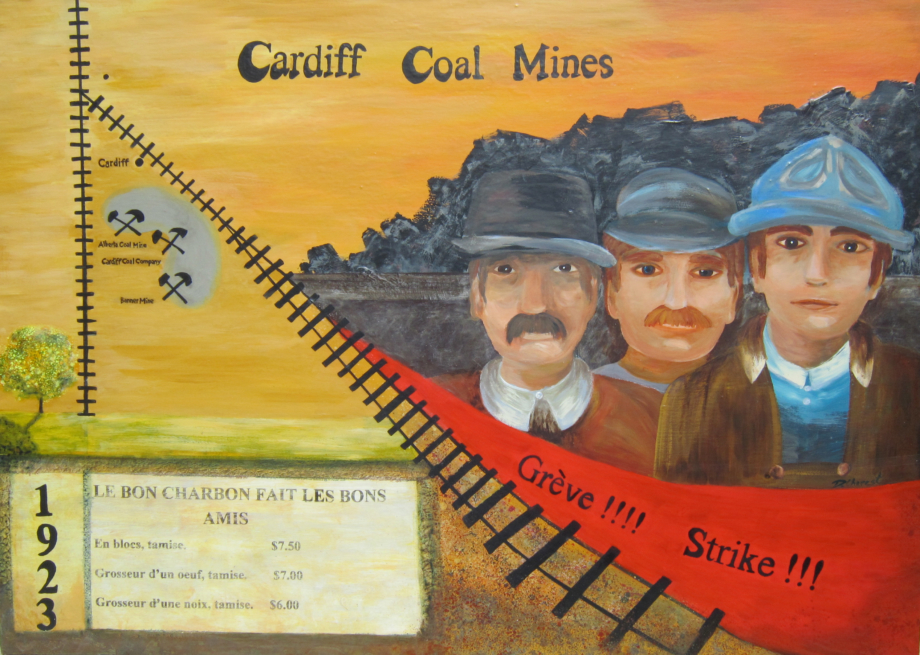 Coal was discovered in Cardiff in 1895 and mining began in the 1900s. The name Cardiff comes from the Cardiff mining fields in Wales. Three underground mines operated there: the Cardiff Coal Company Mine, the Alberta Mine, and the Banner Mine. At the time, the mines were the second largest coal operation in Canada. In 1910, a tipple greater than any of its kind in Canada was built.