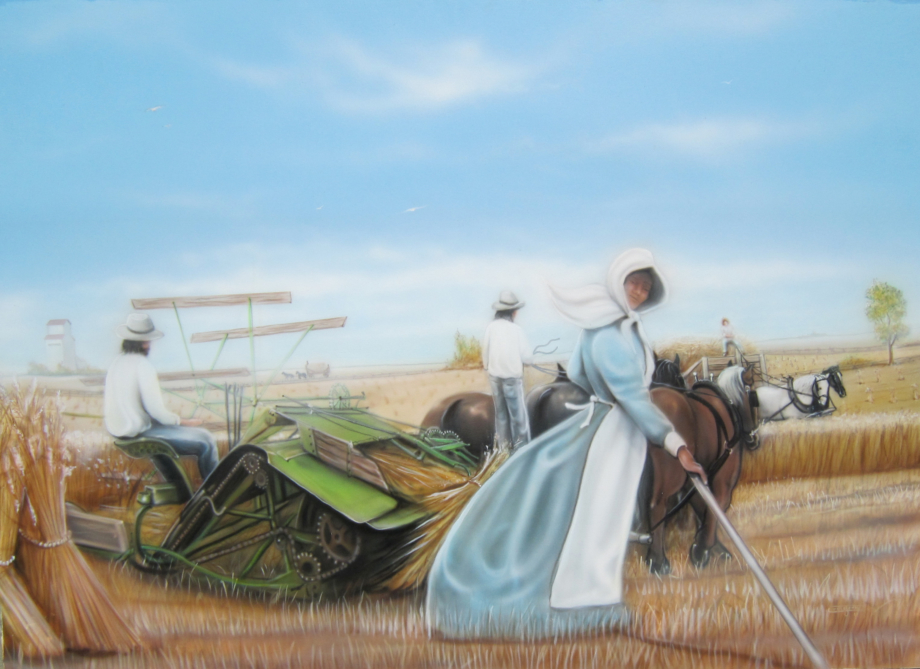 Agriculture has always been a significant part of life in Morinville. In the beginning, homesteads were $10 if the owner stayed on the land at least three years and broke a certain amount of land each year. Early homesteaders relied on wheat as their main crop. Today, the area produces a variety of grains and forage crops. The arrival of the railway in 1906 solidified Morinville as a key agricultural centre and grain elevators soon appeared. This tableau depicts a typical harvest scene from the early 1900s.