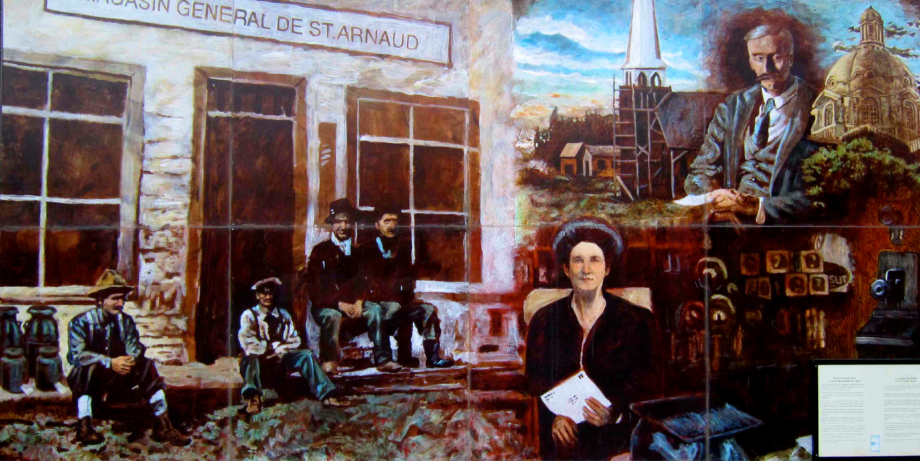 Télesphore arrived in Legal in 1900 and opened the Magasin Générale de St. Arnaud. In 1904, Télesphore became Legal’s postmaster. When demand rose for a church closer to Legal (top center), Télesphore was the committee secretary overseeing the construction. Télesphore was a member of the United Farmers of Alberta Party and in 1921, he won the provincial election, granting him a seat in the Legislature (top right).