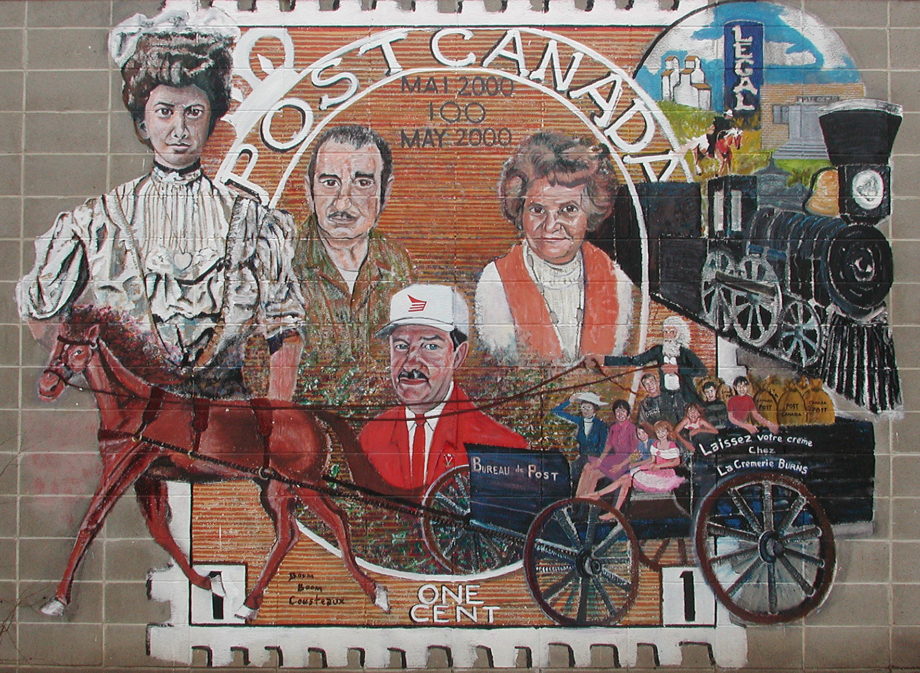 This mural celebrates 100 years of bilingual postal service in Legal. In 1900, Ménésippe Massie was appointed the first postmaster. At first, mail was delivered once a week from Morinville via Pony Express. Later, the railway came which allowed the postal service to run three times a week. On the mural, we see the portraits of postmasters who have served for more than 25 years. They include Ben and Marie-Ange-St. Martin, Denis Limoges, and Rosaline Pelletier. We see Delphis Coulombe delivering the mail in his postal wagon. The children were added to depict the inclusion of youth in the project.